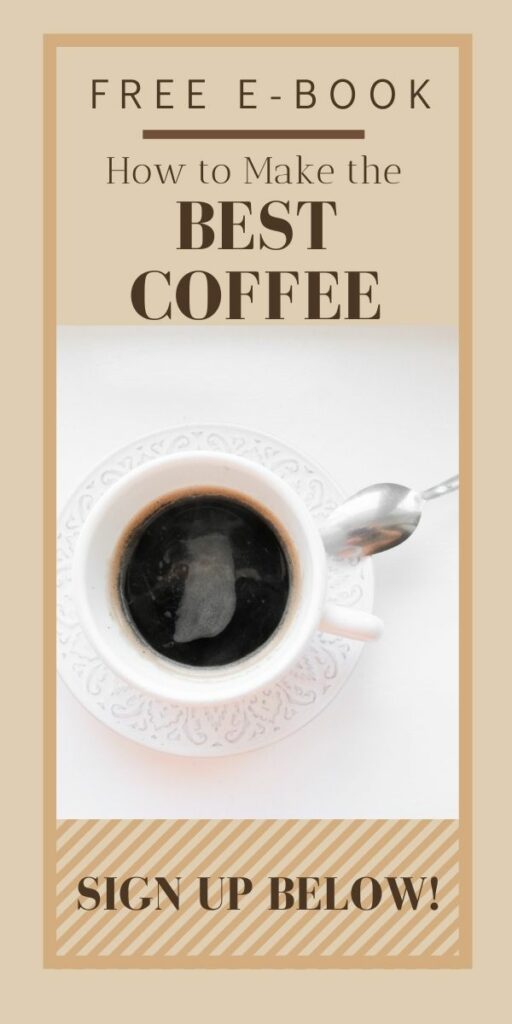 Grinding coffee in your kitchen provides the opportunity to touch and smell the beans, as well as anticipate the sweetness, acidity, taste, and flavor of the cup. The coffee you prepare is rich and fresh and the aroma filling the room is a great way to start a new day. Some tools and appliances are prized possessions on the kitchen counter full-time. Yours may be different from the ones someone else prefers but they probably include several of the following: a coffee maker with a built-in grinder or a standalone coffee grinder, a blender, a juicer or food processor, and a set of quality knives, and a radio.

The choices of grinders available are many. Antique grinders in cylinder-shaped mills. Manual grinders you place above a bowl to catch the ground coffee. Hand-cranked grinders with a drawer below the blade for the grounds. The mortar-and-pestle coffee grinder is another antique version that requires manual strength and patience to grind the coffee. Other types of available coffee grinders include electric and manually operated models with conical or wheel burr grinding. coffee

The history of coffee grinders takes us back to the Middle Ages in Turkey, Persia, and Greece. Coffee beans were roasted in small saucers over a fire. A cylinder-shaped mill was used to grind the coffee. The manual hand-cranked grinder was fairly simple in its design. The top would have a removable lid to put the coffee beans in the main body of the container. The main body was shaped like a cylinder. The mill inside would grind the coffee beans. The ground coffee would fall into a bowl or plate. The grounds were transferred to a different container for brewing. Grinders were modified over time. For example, two conical sockets were added to the design. One attached to the mill and the other to the bottom of the body using a screw. The bottom container would hold the ground. This is the way the Turkish manual coffee grinder is still used by millions of people in Turkey and abroad.

A wooden mortar-and-pestle grinder used to make “coffee powder,” was listed in the cargo of the Mayflower in 1620. This is not a surprise since Captain John Smith (c. January 1580-June 21, 1631), who was an English soldier, explorer, author, and among the first arrivals in the New Continent, had become familiar with coffee during his visits to Turkey. It is interesting to note that the Dutch, who had early knowledge of their colonies around the world, were not the first to bring the first permanent settlements. However, coffee was probably imported from Holland as early as 1640. The British introduced the coffee drink to the New York colony sometime between 1664 and 1673 which is noteworthy since tea is the traditional British beverage. In the 1670s  was roasted, ground, brewed, and then flavored with sugar or honey, and cinnamon. Undoubtedly the mortar-and-pestle coffee grinding technique changed as innovative New World settlers figured out ways to ease the task of coffee grinding through the use of more efficient and long-lasting grinding tools.

The first US patent for a coffee grinder was issued to Thomas Bruff of Maryland in 1798. Thomas Bruff was one of Thomas Jefferson’s dentists. Thomas Jefferson often referred to tooth problems and dental visits in letters that are now public records. It is quite possible that when he visited Dr. Bruff’s office, Thomas Jefferson may have seen a wall-mounted device with ground beans between metal nuts with coarse and fine teeth. No pun intended but how appropriate for a dentist to have filed the first US patent for a coffee grinder! In 1870 Champion# 1 became one of the most widely used commercial grinders in grocery stores. In 1898, the Hobart Manufacturing Company of Troy, Ohio, filed a patent for an electric grinder. The design included teeth on a rotating shaft inside the housing underneath the bean compartment. Several years later several patents were granted for grinder blades using slightly different improvements in the steel-cut design.

For some coffee lovers and connoisseurs, antique coffee grinders are a must collectible in their homes. This does not mean that if you are one of them you have to hunt for one at garage sales or old-fashioned general stores. You certainly can do so if that is your preference. However, well-known coffee-making equipment manufacturers recognized the trend and now offer a wide selection of coffee machines that look genuinely antique. They preserve the look and feel of antique coffee grinders but incorporate modern improvements to ensure a fine and superior grind for great-tasting coffee. Some of the brands for antique-style gourmet coffee grinders include Bodum, Universal, and Jablum to mention just a few.